What are your ideas for commemorating the centenary of the start of the First World War which will, of course, take place next year? I went to a meeting last night organised by heritage and arts organisations in Wiltshire and there were some interesting proposals emerging. As well as telling the stories of those who fought and died in combat, other ideas suggested were

Although not being released till May 2013, The Heritage Lottery Fund has Grants of between £3,000 to £10,000  for groups and individuals engaging with communities, and particularly with young people, to commemorate the centenary, through arts and heritage projects.  Keep checking their site (linked above) for information about when the funding will be available.  Apparently £6 million has been ear-marked for this.

Schools will also be interested in writers and artists with  innovative projects in mind that will appeal to young people, and they are particularly keen on projects that span the school curriculum; History and English departments, for example,  joining together for a Creative Writing project that makes use of research methods and materials.  Talking to a secondary Head Teacher at the meeting last night, it’s clear that many schools are happy to be approached with ideas, as are community venues, libraries, museums and the like.  If you have some interest in World War One, and are keen to develop a community writing project, or are already experienced in this area, now is the time to be creative and pro-active in your approach.  If you’re based in Wiltshire, keep in touch with the Wiltshire Arts blog which is a good source for information and events. 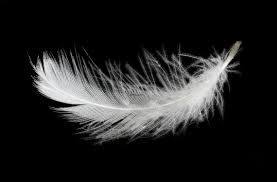