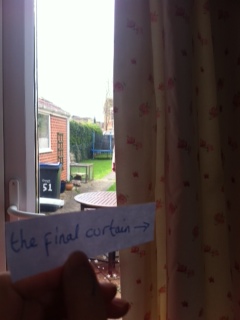 And now, the end is near

My friends, I’ll say it clear…

On 30th April I I won’t have written 30 publishable poems, of that I’m certain.

But I’ve written some and certainly more than I would have done if I hadn’t signed up.  I’ve loved the extra focus.  It’s been fun! This week I’ve spent some more time re-writing poems I think I’ll include in my submission to a pamphlet competition. I’ve also submitted four more poems to a magazine.

And I have a poem posted on Abegail Morley’s blog which you can read here.

The month isn’t over yet. Wishing everyone many more poems to come, till the end of April and beyond!