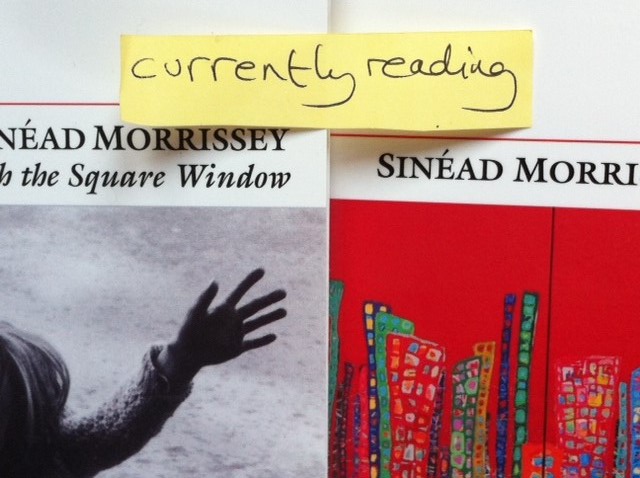 I’ve realised that deciding to publish a blogpost every week is much easier than actually doing it.  There have been several false starts.  I was going to write about waiting, since that is what I’m doing a lot of this week – this month, in fact.  I’m waiting to hear about poems I’ve submitted to a couple of small publishers and a magazine.  Funnily enough (it amuses me, in any case), one of the small publishers (and you will know which one if you have even the smallest knowledge of British small presses) is also blogging about reading through her submissions pile.  I read her posts each week, scanning her words for an oblique mention of one of my poems or of my submission.  Wouldn’t it be great if I managed to decipher a secret code embedded in her post which meant that she loved my poems?  Of course, any sensible person, having sent off submissions, would crack on with the next project, start writing more poems, read more, sort through their filing.  And I am trying to do all of these things but, at the same time, that knot of fear, longing, hope, despair, is always there, somewhere high within my ribcage (that’s where my waiting waits, perhaps you feel it elsewhere or don’t feel it at all, in which case, I admire you).  Sometimes I feel quite sick with it even though I know that the best thing (at least where submitting poems is concerned) is to expect nothing.  But that would make a boring blogpost and besides, I was going to take some photographs of waiting rooms at train stations or of bus queues to illustrate my post (because it also feels like arriving at a station and being told that all trains are cancelled for the time being)  but I never got around to it.

There were several other blogpost ideas which I won’t numb you with.  Instead, I’ll tell you about a meeting I had with other members of The Reader Organisation working in the South West (as well as some of the team from Liverpool).  As you may remember, I started a part-time job with TRO in November and I’m enjoying setting up four, read aloud, shared reading groups for people with dementia and their carers in Wiltshire libraries.  I’m still getting used to the way the organisation works and some of its idiosyncrasies.  Its mission is to ‘Build a Reading Revolution’ and staff sign off emails by stating, in addition to their work title and contact details, what they’re currently reading.  (Since you ask, I’m currently reading and thoroughly enjoying Through the Square Window by Sinead Morrissey).

Another quirk of the group, a really wonderful one from my point of view, is that all meetings start and end with a poem.  The poem is read aloud and each person reads from their own copy and then a short discussion follows.  The idea is to choose a poem which complements and enriches the tone and focus of the meeting.  It’s a way of communicating with each other through poetry, since we learn a lot by a person’s response to a line or phrase, and it can also help further our understanding of what a meeting is actually about.

The poem chosen to start our meeting was The Hug by Tess Gallagher .  I’m sorry that I couldn’t find a cleanly laid-out copy on the internet but I hope that doesn’t detract too much from your enjoyment of the text.  I’ll be honest in saying that I didn’t warm to the poem on first reading; I found it too long (OK, hugs are good for you, I get it) but I did like the way poem made me feel about the importance of giving,  and love itself,  particularly in a business sense.  One of the reasons I’ve chosen to work for The Reader Organisation is that they are for people above profits (they are a non-profit making charity).  And their work is about enriching people through books and reading which is an act of love, in my opinion.  I like the poem more now that I’ve read it a few times but it’s still too long for me! I like the line “Clearly, a little permission is a dangerous thing.”  That’s so true; it takes courage to dare to reveal part of yourself, a softer side of yourself, in reaching out to someone and allowing them to love (hug) you.  The risk is that they might take too much of you or hurt you.  I’ll include the whole of the final stanza here, which is the section I empathised most strongly with.

Clearly, a little permission is a dangerous thing.
But when you hug someone you want it
to be a masterpiece of connection, the way the button
on his coat will leave the imprint of
a planet in my cheek
when I walk away.  When I try to find some place
to go back to.

As the newbie, I’d been asked to choose a poem to end our meeting, thinking about being ‘outward facing’ at the start of the year, and I chose As I Walked Out by Esther Morgan. We’d talked about some complicated strategies and new ideas for developing our programme and one of our team particularly liked the line “because the future’s so much easier than you thought” – this appealed to me, too, the sense that we don’t have to overcomplicate things, “and life is as simple as turning left or right.”

Perhaps there is a dark undertow to the poem. As someone commented, it’s called “As I Walked Out” which has a dual meaning. But if you “slip your heart under the rosebush like a key” you will return to collect it. You will go back.

One good thing about working for The Reader Organisation and about reading poems is that it takes your mind off other concerns. Waiting for example….. which is where I started and where I’ll end. This time next week the waiting will be over for those poets waiting to hear if they’ve won the T S Eliot Prize, among them Sinead Morrissey. Let’s see where the waiting takes us.

4 thoughts on “Starting and ending meetings with a poem”