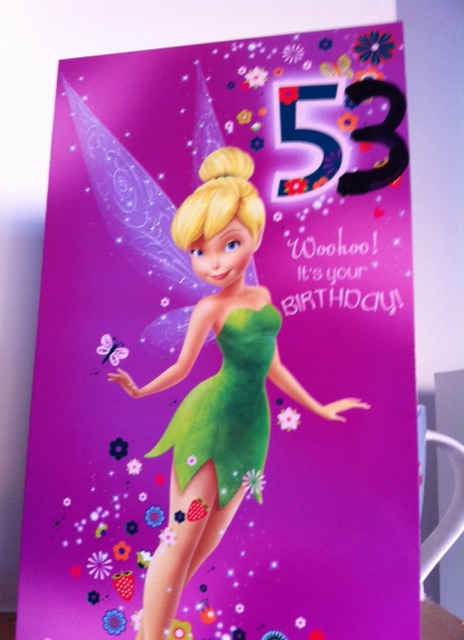 In between present-buying and present-wrapping, Christmas tree-watering, bauble re-arranging, household chores, working for The Reader Organisation, driving to hospitals (for my husband, Andrew, nine weeks in to a snapped Achilles’ tendon injury) and driving down Wiltshire lanes at midnight (to pick up my teenage daughter from another Christmassy party), I’ve launched ‘The Misplaced House’, my debut poetry pamphlet, on the world, turned 53, and celebrated three years of blogging with WordPress.

There was a happy, friendly launch for my pamphlet, and other new publications from tall-lighthouse, at The Poetry Café, in London, on Monday and Isabel Rogers wrote a lovely blog post, with pictures, which you can read here.  I’ve got two readings coming up in January, in Bradford-on-Avon and in Swindon, and I’m certainly going to be practising reading  over the holidays.  It was interesting and enjoyable to see other people’s reading styles and I learned a lot from listening to Jo Bell and Joe Duggan, who also read, although I don’t think I’ll ever achieve their easy rapport with the audience.  I’m getting better at giving some background information about each poem (but not too much) and talking about recurring themes in my work.

The good news is my pamphlet is selling well

and there may even be a second print-run.  I wonder if this is down to being related to so many people who are kindly buying my pamphlet?!  For whatever reason, I’m delighted that the pamphlet is selling and I’m grateful to everyone who’s bought it.  I will, of course, be selling copies at my readings, and it’s available to buy from this page on the tall-lighthouse website.

The excitement over my launch and brisk sales AND another birthday (53!) have made me all the more determined to press on with lots of ideas and plans for writing projects which I want to plough into next year.  I’ve decided to try for another poetry pamphlet, rather than aiming for a full collection, and I’ve started to gather together poems which didn’t make it into ‘The Misplaced House’ and which are ready, or nearly ready, to send out.  I’d like to try to get them into more print magazines.  A lot of my credits so far have been in online magazines and I’d like to spread my wings a bit.

I’m also thinking of a bigger writing project, a longer piece, possibly another play.  I can’t say much because I’m still hatching plans but it’s something for me to work on in between other projects.  As well as this, I’ve had thoughts about re-launching And Other Poems which has been resting since August.  Although a lot of online poetry places have sprung up recently, I still think there’s room for a simple, uncluttered, ad-free space for poems, simply presented.  Watch this space.

Three years of my life

A bit of a hurried post this week and a badge from WordPress telling me that the last three years are stuck somewhere inside this website.  Take a look at this charming birthday card from my brother and his kids while I try to retrieve them.