This post has been prompted by a letter I received, out of the blue, from a Writing student who’s composing a research essay about the connections between getting published and “self-promotion in contemporary poetry in the UK.”  The letter goes on to say that “self-promotion is a rather poor term…… and that online sharing of work……connecting with other poets, etc., is a more helpful way to think about it.” 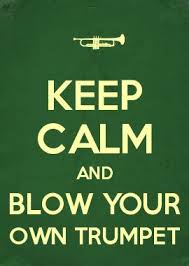 I agree that there is something extremely distasteful about the idea of self-promotion.  On social media, I tend to unfollow people who bombard me with nothing but links to their own stuff.  It seems obvious that this behaviour is “anti-promotion” and does nothing but repel me from the writer and their work.

Of course, there is a difference between blatant self-promotion and establishing an online presence.  If you’re a writer, especially if you’re a poet published by a small press (like me!), it’s a good idea if people can easily find you online so that they can read some of your work, buy your book, invite you to give a reading or workshop, ask you to judge a competition or to collaborate on a project.  Or simply tell you that they love your poems (you hope!) or all sorts of other interesting reasons that I haven’t thought of.

A blog and Twitter/Facebook account are obvious ways of making it easy for people to find you.  One big advantage of a blog is that you can talk about lots of topics and not just about yourself.  You can promote other people, their work, and events, and not talk about yourself at all.  Of course, readers are still directed towards YOU because they’re reading YOUR words and can see YOUR name somewhere on the page.  The truth is, this kind of blogging is still self-promotion but a much more subtle and wholesome kind: someone, other than you, may benefit from what you’ve written.  However, maybe it’s not completely altruistic. 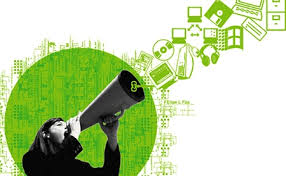 When I started blogging, and started my online poetry site And Other Poems, in 2012, it wasn’t my intention to promote myself but, shock, horror, this has been what has accidentally happened.  I’m not internationally famous (believe it or not) but more than a few poets, and readers, certainly those who use social media, know the site and know my name.  Is this a good thing? Well, I think it’s helped my pamphlet ‘ The Misplaced House ‘ sell reasonably well, maybe better than if I had no online presence.

Did having an online presence help me find a publisher or help a publisher find me?  (which I think is what’s implied in the letter which prompted this post).   I can’t be sure but I don’t think so.  My pamphlet was published in November 2014 at the same time as a pamphlet by Matt Haw and a full collection  by Chelsea Cargill, neither of whom,  as far as I can see, have a blog or any kind of social media account.  We all sent work during the open submission window.  In the case of tall-lighthouse, Editor Gareth Lewis seems to publish poetry collections he likes, rather than poets he’s heard of.  Maybe it’s a different story for other publishers.

If it wasn’t my intention to be a blatant self-promoter, why DID I start blogging and sharing poems online?  Well,

because I was lonely.  I’d been reading and writing poetry seriously since 2010 when I was a runner-up at Bridport (I wrote about this here) but I didn’t know anyone in Trowbridge, the small town in West Wilshire where I live, who shared my interest.  I wanted to be in touch with people who were like me.  It had been easy when I was a student in Chichester and at UEA but now I was completely outside any writing community.

When poets started sending their work to And Other Poems, I started reading more widely, not only their work but work by writers like them or who they recommended.  On Twitter, I’m directed towards poets and their work.  People tweet lines from poems they’re reading or post links to their work.  If I read a poem I love, I tend to buy the book.  However, I can’t read everything.  If a writer is shouting “Read my poem, read my poem!” I tend to be put off.  If someone other than the writer, maybe more than a few people, is saying “Oh, read this!”, I might be persuaded. (I know that I’ve read somewhere that there is no link between a sale of a book and its promotion online but I’m sure this will change over time or maybe it’s something that is difficult to accurately quantify.  But I can’t be alone in my online reading/buying habits).

I find out about readings, workshops and festivals from my connections online.  If people didn’t tweet or blog about such things, or post links on Facebook, I wouldn’t know about them.  And the odd bit of blatant self-promotion?  It’s true that, about once a fortnight, I tweet details about how to buy my pamphlet from the tall-lighthouse website and I can’t  say that I’m offended when other writers do the same.  If someone’s overdoing it, there’s always the option to mute/unfollow/or block someone (even me).