I was in the house I’m in now in Trowbridge, West Wiltshire.  We’d moved here from south London two years before.  Our children were six and four.  We’d left London because Andrew had been made redundant from his job working in IT for a large accountancy firm in the City and found another job which allowed him to work from home.  So we made the decision to move somewhere with cheaper houses and good state schools that our children could walk to.  Plus, two of my brothers had moved here years before with their families, so we’d be near them. 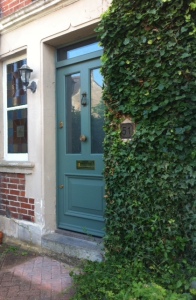 Not having the pressure of a big mortgage meant I didn’t need to look for paid work, so could try to write, and Andrew was able to take an unpaid sabbatical from his job for ten months to work on renovating the dilapidated Victorian semi-detached house we’d bought and help care for our two young children.

But, by July 2005, he was back at work.  Our six year old daughter was in her second year at the local Catholic primary school and our four year old son had a free place for two and a half hours a day at a local play group.

I woke before 7am on the 7th July.  Andrew had already left the house.  The cup of tea he makes me every morning was cold on our bedside table.  I hadn’t even heard him go.  Though we live in West Wiltshire, Andrew’s clients have always, mostly, been in central London; what we’d gained with an affordable house, he’d had to sacrifice with early mornings and long working days.  I’ve always felt sad about this and questioned whether the price has been too high.  But it is what it is. 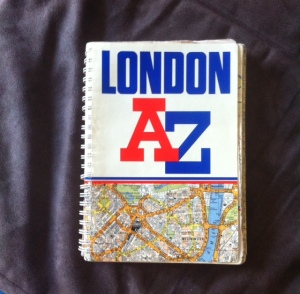 I hadn’t long been back from walking our children to their respective schools when Andrew telephoned me from his mobile to ask if I knew about any industrial action on the London Underground that day, or any reason why services wouldn’t be running as usual.  He and his boss had arrived at London Bridge Station and were trying to get to the tube but weren’t being allowed through.  There was no information displayed anywhere, he said, and more and more people were gathering and nobody knew what was happening.  In the background of his call, I could hear Emergency Service sirens.

I telephoned my sister who lives in Peckham, South East London, and asked her if she’d heard of any disturbance to public transport.  She didn’t know what was happening either but one of our brothers, who was visiting her in London, had just walked back to her house saying that there were no trains running from their local station.  I could hear sirens in the back of her call, too.

I switched on the television and the day’s news came streaming across the screen.  Andrew rang back and I read aloud to him the information that was being broadcast into our home in Wiltshire:

There were a dreadful twenty minutes when I lost telephone contact with Andrew and it became clear that there was a risk of further incidents in London that day.  Reports of an explosion on a bus came in and the pictures broadcast on television made it clear that this had been a bomb.  Meanwhile, where was Andrew? Why wasn’t he answering his phone?  Without telling me, he and his boss had decided to walk across London to their day of meetings and then proceeded to try to carry on as normal.

For twenty minutes I felt panic and imagined that my husband was at risk.  I hadn’t even seen him that morning or kissed him goodbye.  Our children hadn’t seen him since the day before as they’d been asleep when he’d come home from work.

Was I now a widow?  Were our children fatherless?  Then I heard from him again and cried with relief.  Then immediately felt guilt and thought of women in Iraq and Afghanistan – I thought of the conflicts in those places that my country, Britain, was heavily implicated in.  How indulgent of me to imagine, even for a fleeting twenty minutes, that I had any idea what life must be like for them.

I felt an urge to try to find out more about these women.  I searched on the internet and found some first person accounts of what it was like living with the daily threat of bombings.  One woman wrote

In the mornings, when my husband leaves for work and my children leave for school, we never say ‘See you later’ we only say ‘Goodbye’.  This could be the final time we see each other.

I felt  humble and ashamed when I read this and thought that what I’d experienced momentarily was something that people living in places like Iraq and Afghanistan were enduring daily and continuously.

I was filled with a surge of gratefulness when I collected my children from school that day and when Andrew finally arrived home.  I try to remember this feeling whenever I can.   But I’m thinking today of people whose lives were changed unalterably after the events of 7th July 2005, of the people who died that day, of the family and friends who became bereaved, of those left injured, of the people who saved or tried to save lives.  And I’m thinking of people who are still living in places of conflict, who still endure the threat of bombs, who don’t even have the luxury of calling to their loved ones “See you later.”

7 thoughts on “Seven/Seven: Where Were You?”