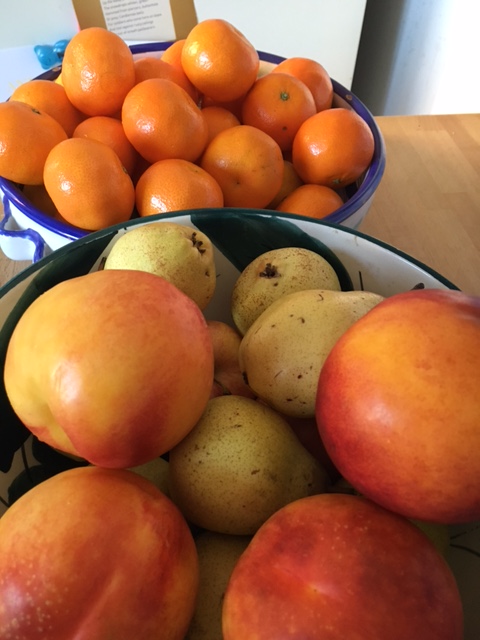 It’s Day 28 of National Blog Posting Month and I’m running out of ideas.

I’m running out of apples, pears and oranges because my kids keep eating them.

I’m running out of food because I don’t have time to shop because I’m too busy thinking up ideas about things to blog about.

I never know if we’ve run out of cereal until someone leaves an empty box inside the cupboard.

I’m running out of recipes.

I’m running out of stamina.  Imagine staying in bed all morning with a pile of pens and notebooks and books and an endless supply of tea.

I’m running out of tea.

I’m running out of patience so it’s probably best to stay away from social media.

If a kettle ran out of steam it would blow up.

I’m running out of time because I have a birthday coming up in December.

I tend not to do much running.  The last time I was running regularly I strained a calf muscle.  One time before that, which was  more than seven years ago, I ran suddenly, full of confidence and joy, on a sunny afternoon in June in a Mothers’ Race at my children’s school Sports Day and I tore my hamstring and had to be carried off the field. 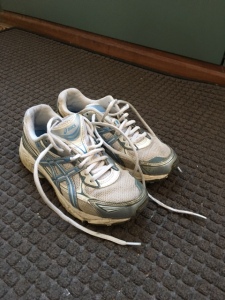 Unless they are children.  I believe children when they tell me they have to run.

When my son first started school and came home in the afternoon, I’d tell him to run around the garden a few times because I could tell that he’d been sitting at a desk for most of the day.  I have an image of him running around on the grass laughing his head off.  He was four years old.

Once, walking in the street on a very cold day, my daughter said she was freezing so I told her if she ran to the next lamp-post it would warm her up.  She ran to the lamp-post and clung on to it telling me it wasn’t working.

It’s a long time since anyone asked me if I was in the running for anything.Tights run unless you wear 60 denier black tights which I recommend.  Even they will run, on occasion.

People say they’re running on empty but this usually a lie.  If they were really on empty they wouldn’t have the energy or inclination to say that.  And they would stroll, rather than run.

I’m running out of confidence in any political party.

I hope I’ll never run out of hope.

I’m running out of clean cups.

I’m running out of hours left in the day.

I’m running out of excuses for a blog post.

I’m running myself around the bend because I don’t approve of driving unnecessarily.

I’m not running anything.

I’m not running off because I would miss everyone too much.