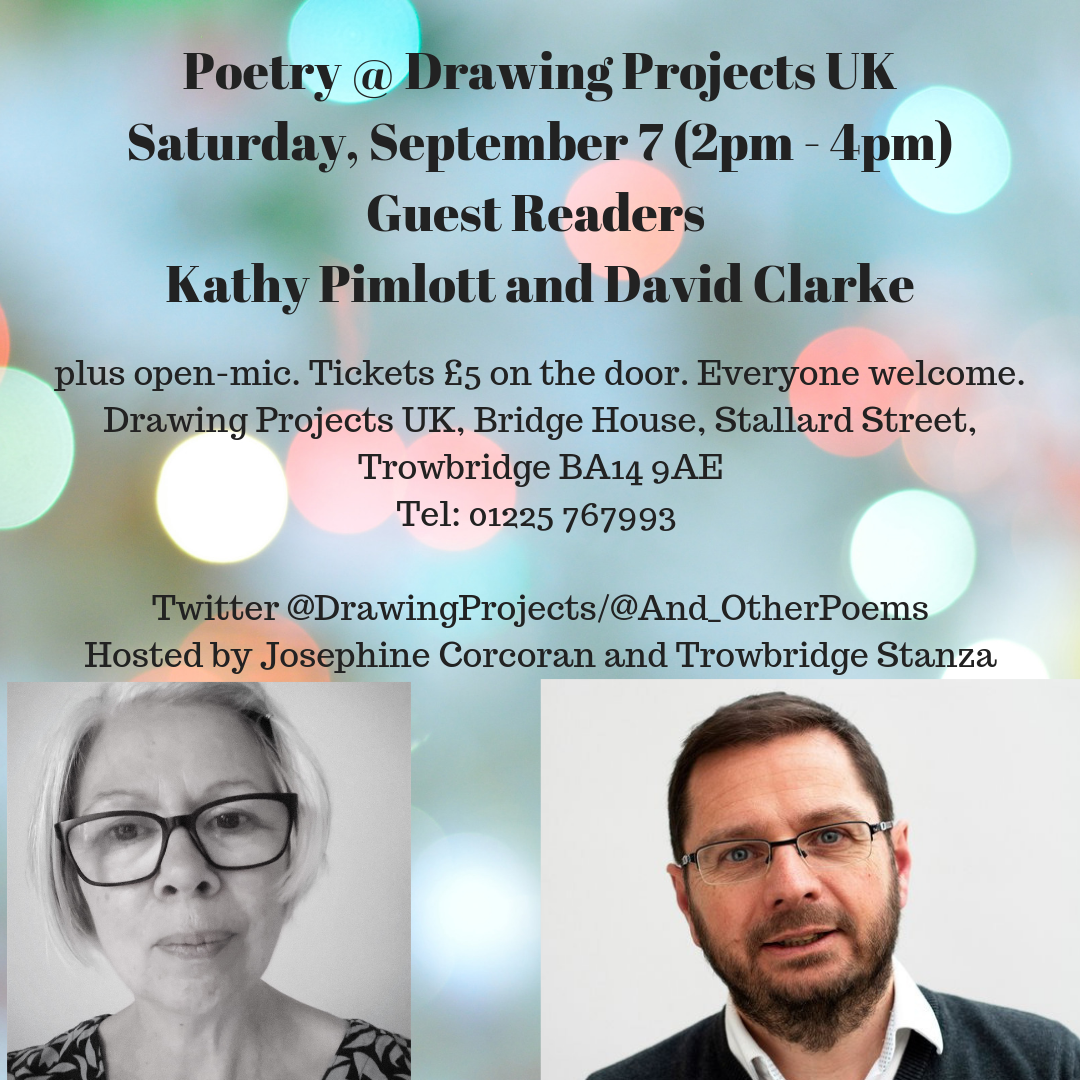 Two award-winning poets, Kathy Pimlott and David Clarke, are reading at Drawing Projects UK, Trowbridge on Saturday, September 7 (2-4pm).  This event is organised by Josephine Corcoran and Trowbridge Stanza.  Everyone is welcome and there will also be the chance to read your own poems at the open-mic.  Tickets are £5 on the door.  Read on to find out more about these exciting poets.

Kathy Pimlott’s second pamphlet, Elastic Glue, was published in 2019 by The Emma Press who also published her first pamphlet,Goose Fair Night. She has lived in the Seven Dials part of Covent Garden for nearly forty years and many of the poems in Elastic Glue look at the effects of gentrification, the erosion of community and the experience of living in a tourist hotspot. Kathy has been widely published in magazines and anthologies, most recently in Second Place Rosette, which she neatly followed up by coming second in Magma’s Editors’ Prize this year.

David Clarke was born in Lincolnshire. His first pamphlet, Gaud, won the Michael Marks award in